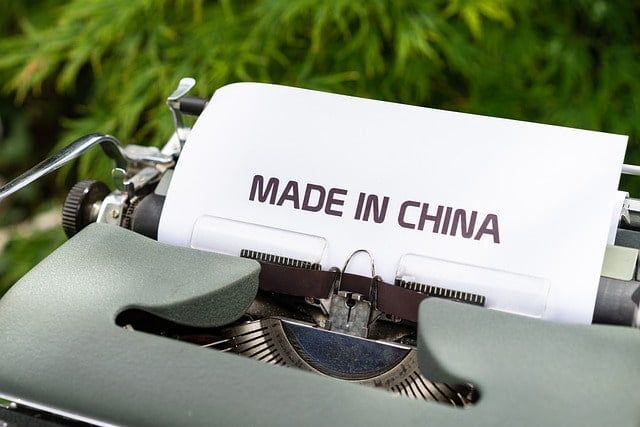 Today’s We have to consider about boycott Chinese products, if we have to stop Importing China products, will it affect India or china and more other countries?

I am an Indian, and I believe

“Truth is not what you want it to be, it is what it is. And you must bend to its power or live a lie”, (Japanese swordsman) Miyamoto Musashi.

In this article, We have to consider about Boycott Chinese products. I will try to give a proper answer by providing the facts and Data Analyses based on them.

When Wikipedia says that, the GDP “Gross Domestic Product” is generally used to decide the current economic and development condition of a country.

In this article I have to prove what effect after boycotted, The question is not about who has a stronger country about GDP. It is about which country will be more affected. If the importing and exporting are boycotted.

When the Boycott Chinese products , Between the china and India , Here is what Wikipedia says about the bilateral trade.

It’s mean china gets Approximately 60 Billion US Dollars to form India whereas India gets only around Approximately 30 Billion US dollars in the return, After the research, You can think that India will stand.

After the consider about GPD “Gross Domestic Product”, Now the question is, whether this comparison reasonable?

After the some research i have to say , Answer is no !

When the Chinese boycott the products. So I think so. That I am not wrong. After extensive research, I need to know about India. Contribution of only 0.45% to the GDP of erstwhile China. While China is affecting 1.5% of India’s GDP.

You should already know about the sugar trade in India, and there is another reason. Because China has a lot of excellent goods exported around the world at a much cheaper price than India or a better product than India. I do not want to say that. India is not providing a good product. I have to say about the quantity. In other words, I mean. China will not be affected as much as India will be. India has suffered major losses after the boycott of Chinese products.

Shoes, bags, cosmetics, toys, furniture, watches – these are part of a list of 450 categories of products made in China. Who will be boycotted by the Confederation of All India Traders (CAIT) over “continued border skirmishes”.

When, the traders’ body on Tuesday has to release a list of over 450 broad categories of commodities. Which has over 3,000 Chinese products?

According to the FICCI reports syas that the Chinese sectors have to invested in the following Indian sectors:-

There is the List of Top Chinese Companies in India are;

Chinese technology companies are investing over $ 3,600 million or $ 3.6 billion on one side in India. On the other hand, the report also states. It has also been said in most of the reports. That “Indian VC financiers are wealthy individuals or family offices – and the report states that $ 100 million of commitments through their initial losses are not required to finance start-ups.” The report states.

For example, Paytm incurred a loss of Rs 3,690 crore in FY19. While Flipkart lost Rs 3,837 crore in a year. With this, Western and Chinese investors became major players in Indian start-ups.

After the deep research in Wikipedia and i have to collect some information , it can be concluded that

China ranks 3rd in the list of country which benefit India the most whereas India ranks 11th in case of china for the same.

Maybe in the future when India will have better bilateral trade relations with the rest of the world, and producing more goods and commodities at a significantly higher level. It is possible to play this boycott game. Then the Boycott Chinese products it’s not easy.

Remarks: Even USA will not dare to boycott trade from China.

When surveyed in Washington in May 2020, USA boycott Chinese products easily. So according to the Florida senator, on some interviews during the coronavirus. At least 40% of US citizens will not buy Chinese products when the report arrives in 2020. Rick Scott claimed that “The American public is stopping doing business with China”. And he said that “now I am fed up with China.” As China “explicitly killed Americans by its actions”, it dealt with China’s epidemic. According to the survey, he also said that no one should buy anything from China. He said that “we must never forget. This is Communist China” is underway by Communist Party Secretary-General Xi. “

By Shubham Pal
3 Mins read
BharOS Operating System: While Google has recently confirmed. That he is ready to cooperate with the CCI. He is also facing a…
IndustryEconomyShort News Headlines

Bitcoin Price Falls Below $35,000 After Russia Advances into Ukraine

By sushant kumar
1 Mins read
Land Rover has shown an updated model of its Range Rover Velar 2022 SUV. The car has received a wide range of…