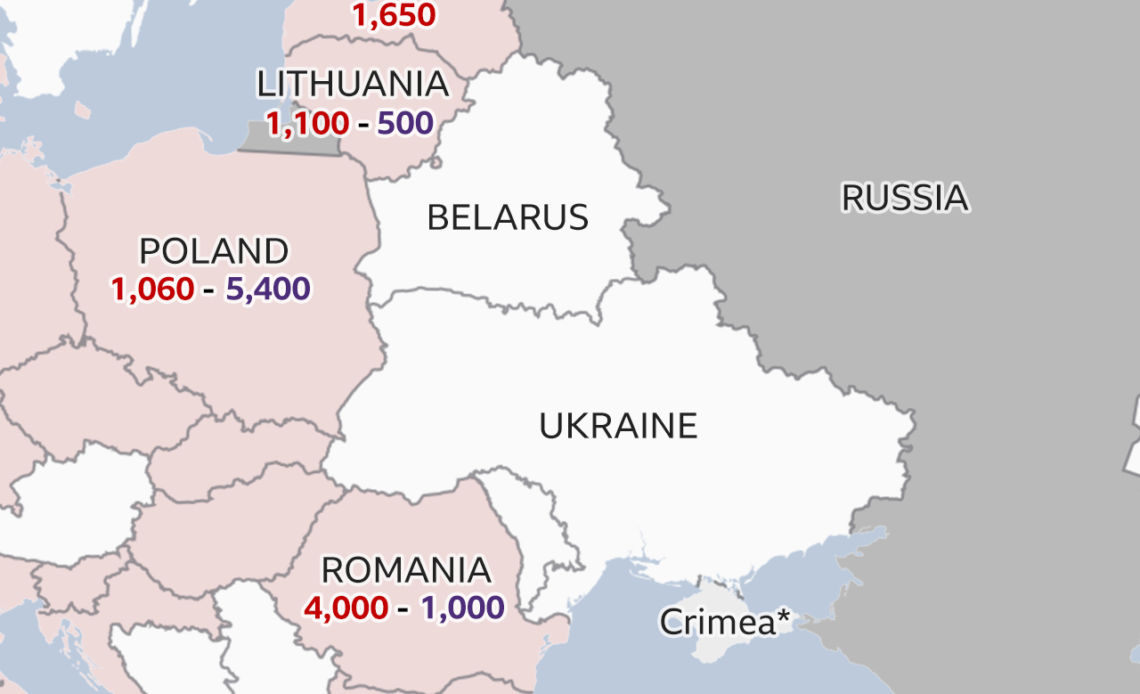 What can the West do? & (Russia-Ukraine War)

Nato has put warplanes on alert but the Western alliance has made clear there are no plans to send combat troops to Ukraine itself. Instead they have offered advisers, weapons and field hospitals. Meanwhile, 5,000 Nato troops have been deployed in the Baltic states and Poland. Another 4,000 could be sent to Romania, Bulgaria, Hungary and Slovakia.

Instead, the West is targeting Russia’s economy, industry and individuals.

Ukraine has urged its allies to stop buying Russian oil and gas. The three Baltic states have called on the whole international community to disconnect Russia’s banking system from the international Swift payment system. That could badly impact the US and European economies.