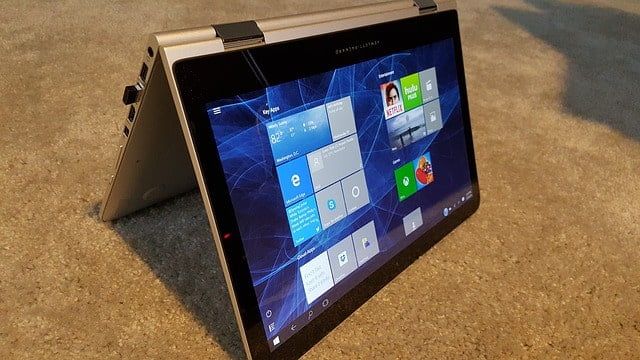 Microsoft is almost complete the windows 10 2004 with the preparations for the newest Windows 10 update in 2020. which is the official name is windows 10 cumulative update 2004. after the windows update 1903, Technically, it should be called ‘Windows version 2003 stable version update ’ but Microsoft didn’t do so to avoid confusion with other products like Windows Server 2003.

In case you haven’t switched to Windows 10 after windows EOL then you should feel happy in knowing that windows upgrade offer is still reportedly working for some users.

In 2020 All the preview builds are related to 20H1. This time, they have to be pushed to the slow ring insiders by Microsoft developers. Still, it’s expected that Microsoft will behold the official release. Until April in an attempt to spot bugs in the meantime. Their bugs are not fixed this time but the Microsoft team is fixing regularly.

So, if all goes per usual schedule. The new feature update could start rolling out in April or in the month of May 2020.

Anyway, if you’re wondering what’s new in Windows 10 2004 there is a really fantastic feature this time. Then we’ve compiled a list of all the big features. That you would to really love to try out updated your machine. Although these features are part of insider builds but after some time they feature are available. As it happens every time, these are likely to make to the public release of Windows 10.

Windows 10 version 2004: Every feature you have to love

With Windows 10 2004 may update, Microsoft is providing a new feature that you have to reset your pc easily. There Known as Cloud Download. The feature justifies its name by downloading a fresh copy of Windows 10 from the cloud. When you want to reset your machine with offline storage like Pendrive and other drives.

This similar feature is already available there is called the internet recovery feature that exists for Apple computers running macOS.

Microsoft said if your internet connection is faster. Cloud Restore can reset your PC faster than the offline “imageless” recovery option. Microsoft says there is the best feature ever in Microsoft windows 10. That’s because, during the offline restore, a copy of Windows 10 is reconstructed from the existing installation. I think It’s a time-consuming process that could take more time if the installation has corrupt files. After getting a proper update I don’t think so many people like this

so, Many people are complaining about the internet bandwidth problem in windows 10. That’s why Microsoft introduced an option to limit download speed for the updates. You have to see a proper speed in windows 10 on your screen.

The newest Windows 10 2004 feature update provides even more download throttling options. You can now set exactly how much bandwidth (e.g., 1Mbps, 2Mbps, and so on) should be used for Windows Update while downloading new feature updates and cumulative updates on your computer.

3. More data on the Network Status page are available

These updates have also been made to the Network Status page in Windows 10 2004. The revamped page now show lots of information, like data usage from various networks like WIFI, Cellular, etc.

4. Rename virtual desktops as an separate

Virtual Desktops are made to live easier by giving us more real estate without the need for a bigger screen or a multi-monitor setup. With Windows 10 version 2004, you can now rename the virtual desktops as well. You have to use a separate desktop screen easily.

So, you can set your virtual desktops names depending on the type of work you’re doing on them easily.

5. You have to check GPU temperature?

If you have to look for third-party apps to check your GPU temperature easily and you can now stop the search. This windows 10 update shows the GPU temperature. With related data in the Task Manager itself all tasks are shown are a perfect way. Just head over to the Performance tab.

so, you have to notice that the real-time temperature is only visible for the discrete GPU. You have to try to find out more on this.

So, the task manager has shows the type of your disk, whether it is a hard drive or SSD. There is good information if you have multiple storage drives installed on your computer such as you have to use separately SSD and hard drive.

6. Paint And WordPad will be Optional Features are available

In the windows10 2004 may update. The Optional Features section includes those apps and features that previous build came preinstalled on previous Windows versions such as 1909 or more past updates, for example, Internet Explorer.

so, With Windows 10 version 2004, you have to select multi-features and install them. As there reports, the Paint and Wordpad apps will become part of the Optional Features as well. Then you have not used, you have to delete them, then you have to save your storage

7. You have Chat With Cortana

Microsoft is offering another correct update effort to bring Cortana Assistant back from the brink of death. Windows 10 will get a pre-designed Cortana UI optimized for chatting. The facility is currently tested in the US. After testing, these features have been released globally.

These times you will have to restart your PC. But this means that you will have to reopen those apps. Which your machine is currently working on. Microsoft provided a new option in the 2004 May feature update. Which can be of great use in such cases. This facility is absolutely fantastic.

You can configure this feature in apps to restart on their own after your PC restarts.

Here, under the Restart Apps you have to see toggle, turn on the toggle button that says, “Automatically save my restartable apps, when I sign out and restart them after I sign in. successfully”

Therefore, Microsoft is trying to delete all passwords completely. The latest feature update support for password-free sign-in on Windows 10, their features are already available in Microsoft account logins after the success rate, and for Windows security, Microsoft develops this feature in Windows 10. This will be done with the help of Windows Hello. Which uses facial recognition and fingerprint sensors to authenticate a user and I think. That these features kept the Microsoft Authentication App.

you have to see toggle ,Here, turn on the toggle button that says, “Make your device password-less.”

After enabling this feature passwordless login in Windows 10, the option to enter the PIN will not appear on the lock screen, Of course, PCs that don’t have biometric hardware won’t be able to support the new feature.

Speaking on Windows Hello, Microsoft is adding its support to Safe Mode as well, allowing users to unlock using their fingers.

10. New settings for the mouse pointer are available

In the history of Windows 10, with every new Windows 10 update, Microsoft is gradually developing a control panel by shifting the feature app to the control app. A current example. Where you will get a new slider for your mouse to change the cursor speed such as medium and slow etc.

So, you can change the cursor speed from the Control Panel as well.

Then under Related Settings, you’ll find the option to change the size and color of the mouse pointer as well.

11. File Explorer with Windows Search and and better UI experience

The excellent old search bar in the File Explorer has also got its share of features. Now there will be provided by windows feature, which means in addition to local files, you can directly search for files that are stored on your OneDrive and lots of files you can find easily.

If you see , Microsoft can change visual experience in search bar in file explorer

In Microsoft Windows 10, you also appear in the Language Options page in the Settings app. Here, Windows 10 is now giving an overview of all those different default languages. That you set for different things. You can click on any of those tiles to change the default, such as apps, keyboards, Windows display, your regional language, and more. The language you want. You have to choose different language according to your choice.

In the previous build window 10 1803 as Swift pair is improving a lot. Which features quick pairing with nearby equipment such as the 10-meter range. On top of that, the new Windows 10 update will now show a reduced notification during the pairing process. Which will make it smooth, so you have not seen much notification in the Windows 10 screen. These changes make your Windows 10 smooth.

When you have to use the Bluetooth device is nearby and support Swift Pair, you can finish the pairing process right from the notification that pops up. There is no need to open the Settings app to finish the paring process.

Windows 10 may have 2004 update. Subsystem for Windows Linux (WSL) is available as a subsystem for the Windows subsystem. This is a great feature. Which allows you to run various Linux distro inside Windows 10. Users can interact with the system through a common Linux distribution such as a command-line interface. Just like they use Windows 10 to use a regular Linux machine. Kali, Ubuntu, or Parrot.

So, these are some of the biggest features that you’ll find on the upcoming Windows 10 2004 (20H1) feature. I’ll continue to expand this list as I find more interesting stuff I hope so you have to like these features.